Publishing a book is a bit like firing one of those emergency flares into the air. You never know who it’s going to attract. Most of the time nobody. You set the flare off in the Arctic tundra, get excited for some human contact, the light dims, cold sets in, and you die of exposure. But once in awhile someone comes by to take a look. Paul Williams saw my flare. I mean he really saw my flare. A year or so after Head Trip came out, he Facebooked me with a cryptic message. He had an invention partly inspired by my book that he wanted me to see. He showed me some photos. Explained the functionality. Asked me to write the manual. I was intrigued. Very intrigued. So I agreed. Paul had basically created a device that allows users to take advantage of many of the states I had covered in my book. A Mind Remixer. 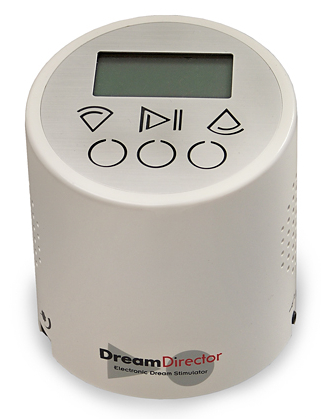 I wrote Head Trip not only because I love the mind and the brain and get a science journalist (ish) kick out of attempting to explain their difficult relationship, but also because I like to actively hack my mind; that is, to go on natural head trips that alter my experience of reality, without resorting to buying pills off some sweaty guy at a rave. I’m interested in the special effects of consciousness, the primary phenomenological effects that are produced – or induced – when the mind is remixed. At the end of the book I even have a figure called “The Consciousness Mixing Board” which describes some of these effects. Dream hallucinations, body buzzes and hypnotic dissociations, degrees of alertness and clarity, degrees of absorption and relaxation, mindfulness in waking and in dreams, even bizarre psychosomatic phenomena – these are available in varying degrees across the expanse of consciousness, and may be primed with the right kind of suggestion, expectation, and – in some cases – intention.

I never thought anyone would actually invent one of these, but this is in essence what Paul Williams has done. As Paul told me when we first spoke, the Dream Director is basically a lab kit that could have come with my book. Note: “kit.” This is no one-night switch. Rather, it is a set of tools that can be experimented and played with over many months and even years. The applications are as limitless as the mind itself.

Though Paul didn’t realize it at the time, back in the 1890s, the American neurologist Leonard Corning built a device that is the progenitor of the Dream Director. Sleep researcher Robert Van Castle describes the contraption in his excellent book, Our Dreaming Mind: “His subjects slept with a leather hood over their heads which held metallic saucers in place over each ear. Music was delivered through a long piece of tubing connected to an Edison phonograph.” Later Corning would add a stereopticon – ancestor of the film projector – to cast “chromatoscopic images” onto the wall in front of the sleeper. Though the effectiveness of the projections is disputable, Corning claimed the music (usually Wagner) produced salutary, even transcendent dreams.