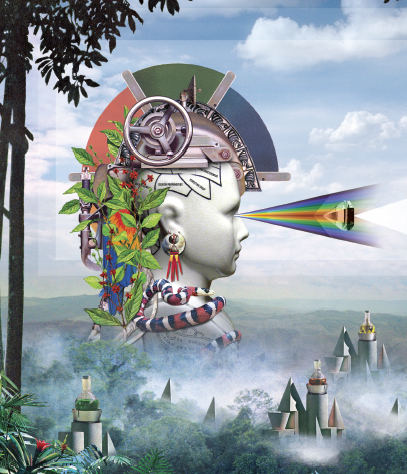 These days it seems everyone is into ayahuasca, an indigenous plant medicine that has become the focus of a fledgling tourism industry in greater Amazonia. When I first tried it in 2004, I was fanatical about neuroscience and imagined the brain was the place to go to understand its effects. So I bored everyone at the South American retreat center with my stupid theories, and then, on my third sit, the plant handed me my ass. I wrote about the experience in “The Tourists of Consciousness.”

In the years since — travel and opportunity allowing – I’ve participated in more ceremonies, to the point where it has become a valued practice. And yet it was another practice – Buddhist insight meditation – that ultimately allowed me to go deeper with the medicine. I thought I’d share a few thoughts about how I understand the mutually supporting relationship between these two healing paths.

Meditation has many forms and effects. For me it has been primarily about availability – learning to become more available to my life. At some point amid the ceaseless shifting of circumstances, the stance of availability itself became something I could depend on. Twelve years ago I had yet to learn this, or at least to trust in it. As a result, I was a crap meditator. And, it turned out, a crap plant ceremonialist, too. I fought all the sensations, tried to micro-manage my experience, kept seizuring in uptightness every time something happened I didn’t like. This didn’t work out so well. Resistance creates a wave of amplified feedback that quickly overloads the mind and body. Thus: fear, loathing, and synesthetic sensory skullduggery screaming through your nervous system. Another way of saying this is I shit my pants.

The Importance of Equanimity

When I returned to the plant a few years later, meditation had given me a stronger foundation in equanimity. Equanimity is the skeleton key. I follow Shinzen Young’s definition of equanimity here: not pushing or pulling on inner and outer experience. Allowing everything to be what it is – getting out of your own way – so the world can bloom more fully. 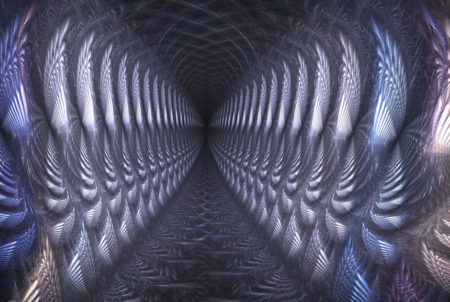 This doesn’t just make experience richer; it’s precisely what’s behind the so-called purification slash catharsis process, which the ayahuasca ceremony – indeed most shamanic and contemplative ordeals – are all about. Among other things, ayahuasca reveals your own patterns and delusions to you. It dramatizes and magnifies them. If you can fully welcome the experience, all kinds of dysfunctional habits and neurotic suffering and stuck views can be worked through and metabolized. The ghosts come peeling off your hunched form and drift into the smoky air. This makes it sound like a gentle process – sometimes it is. Sometimes it’s tougher.

While an improvement on my earlier resistance model, the above is still quite passive: lay back and receive the visions and eurekas. I eventually realized I was being inconsiderate, letting the plant do most of the work. I resolved to become a more active participant, to balance the surrender with some deliberate agency and industry. When I did, the character of my experience changed yet again. This is where it gets metaphysical.

Yeah, But Are the Spirits “Real”?

A big part of indigenous ceremonies for many is contact with anomalous – and seemingly autonomous – spirits and entities. Like other rational humanist types, I was at first skeptical of this possibility. ‘It’s just a drug,’ I thought, all just hallucination and projection. So I waited like a judge for the “spirit” of ayahuasca to appear, expecting her to tap dance onto the stage of my mind like Planters’ Mr. Peanut.

Unsurprisingly, she never came. And then one ceremony, I shifted my perspective one millimeter to the right, and there she was. I had been looking in the wrong place; she wasn’t going to appear in the foreground of my mind, she was the whole of it. My reality was paved with her; winking, mischievous, showing me moment-by-moment how I created new stories and lived inside them. This is similar to how insight meditation works – “to see things as they really are” is how some Buddhists describe their prime reason for practicing. Frame after frame, ghost after ghost, the skins between you and a more sane way of being are seen and, hopefully, peeled away. Exorcised. And yeah, it’s probably skins all the way down.

Reality is a Team Sport

What she showed me – and for me she is a she – is I am not alone in this process. My reality is co-created – with her when she is with me, with the other participants in the room, with the shamans and their icaros, with people I know and don’t know, with a whole ecology of natural presences teeming in the space around us. The experience of reality, it seems, is a team sport.

This consciousness isn’t some dry factoid I entertain with my discursive mind; it is lived. I have felt my mind and body streeeeeeetched across Indra’s Net – my kinship with the multitudes, and half the time I’m blubbering like a baby when it happens, my barnacle-encrusted heart cracked open like an oyster shell. As for the precise ontological status of the various spirits with whom I interact: I have no idea. They are real as experiences, and I respect them as such. They lead me to wisdom and joy and connectivity.

Things are different now. I drink the nasty brew, and when I feel her in the room I say I say “come on down!” and visualize a shag rug-lined corkscrew that she pours through like a cat, rubbing and purring, and a chorus line of dancers come kicking their legs in five dimensions, and I laugh and build a jungle gym for them to play on, and she swats it down and pours a jaguar into my heart. And my whiskers twitch every time someone in the room breathes, because they’re in me too. And I don’t know who I am when I’m with her, or who she is, but I love her anyway. I continue to do ceremonies for the insights they give me, for the courage to live a more honest and caring life. But I also do them because I straight up enjoy her company.

You Don’t Need the Medicine

There’s one last piece: the integration. This is where some of those doing ayahuasca could use a little meditation insight. It’s commonplace in ayahuasca circles to say the real work begins at home. You’re given an insight, maybe you’ve worked through a tough pattern. What now? Unless you’re deliberately engaging with ayahuasca as a weekly or monthly practice, you’re back in the mundane world of job and mortgage, and it’s six months before you can shell out the dollars for another round of cosmic chicanery. It’s easy to overlook a simple truth: you don’t actually need ayahausca. What you need is to be reminded of what is meaningful in life, and a practice to help you work through what prevents you from experiencing that meaning. 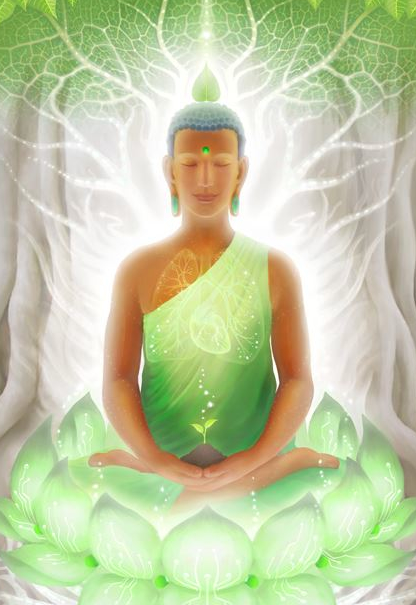 Meditation – a simple sitting practice – is one way to do this without the bells and whistles. Over time, it can show you the ordinary is actually extraordinary, that you don’t need dancing cats or an inter-dimensional colonic, however tremendous those things may be. The danger of ayahuasca and other “entheogens” is you come to depend on them for meaning instead of creating (co-creating!) it yourself. As the saying goes, you never learn to make your own way up the mountain. You never build the necessary concentration and clarity and equanimity and friendliness to make the in-between parts of your life the main event.

For me, right now, I find the two practices work beautifully together, seen and unseen, twining through my life like two stands of a single DNA.