Can We Conduct Science In Another Reality?

Dreams are difficult to get a handle on for most of us. We project through them like blunt-nosed missiles, responding to the unfolding action automatically, never questioning the larger often-impossible context, however many iridescent blimp-sized taquerias (to quote a recent example) are floating through the scenery. The neurobiology shows an under-activated prefrontal cortex; certain high-level decision making capacities are offline. We are in a kind of trance. The fact that our short-term memories seem also to be disengaged doesn’t help. Most of us carry only fragments of our experiences with us back to waking, and these fade quickly in the bright light of daytime concerns. 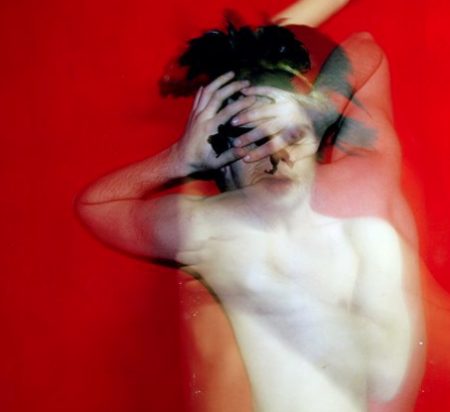 It is possible, however, to change you relationship to dreaming, as everyone who has seen Inception now knows. It’s called lucid dreaming. Your slumbering frontal lobe “wakes up” inside the dream itself, and – blinking, slightly stunned, patting your chest in disbelief like a cartoon character – you set off to explore. Reason, memory, intentionality are all intact. It is difficult to communicate how shocking and disorienting a real lucid dream is to those who have never had the full experience. This is not a bit of dissociated self-consciousness directed towards some washed-out dream fragment. It is your waking self and body moving through a sensorial-rich wraparound world every bit as real as the daytime one. You can feel the air in your lungs, the grit on the sidewalk. You cannot believe this is an actual existential option of 21st century life. Why don’t we learn about this in school? It’s as though there is a huge twin Earth floating next to the moon that no one can see. A blind spot the size of reality.

The story of how lucid dreaming was scientifically validated is a fascinating one. What I’d like to talk about here are the apparent laws of physics in the dream world, laws of physics that are also, weirdly, psychological laws. It is not the case that anything goes in dreams; as with a video game or an operating system (or, for that matter, waking reality), there exist certain fundamental constraints that seem to be true for everyone. In the case of dreaming, both expectations and a lack of stable sensory input play a role in shaping the action. If the dreamer is lucid, these constraints are subject to empirical investigation. I’ll say this another way: You can conduct experiments.

This is science in another mode, something psychologist and altered-states pioneer Charles Tart called, in a classic 1972 Science paper, “state-specific science.” Tart argued that science needn’t be specialized for use in waking reality alone; in fact, the basic principles of good observation, well-trained investigators and evidence-based theory can be applied any place the mind is clear – including inside a lucid dream. This means that a scientifically-minded investigator can form a hypothesis in waking, fall asleep, become lucid, and then – in rainbow coloured lab coat and marvellous wind-swept Vidal Sassoon hairdo – test her hypothesis in the dream world itself, documenting the results on her return to waking.

One of the few researchers who actually practices state-specific science is the psychologist Stephen LaBerge, the man who proved the existence of lucid dreaming to the scientific world. Among his experiments he has looked at how time passes in a dream, as well as how specific dream movements corresponds to areas of activation in the motor cortex. Many of the following laws are inspired by his experiments and observations.

THE LAW OF MECHANICAL DISORDER
As depicted in Richard Linklater’s film Waking Life, mechanical devices – clocks, lights, gearshifts, particle-beam accelerators – don’t work properly in the dream world. It sounds random and improbable, but this actually turns out to be the case when you try it yourself. Perhaps it has something to do with the evolution of the mind: no motors or delicate moving parts on the savannah.

THE LAW OF TEXTUAL DISORDER
Many dream workers have commented on the relative infrequency of reading, writing, and arithmetic in the dream world. When writing does appear, it’s often scrambled and unreadable, or it morphs between readings. LaBerge’s explanation for this is that two different brain systems are operating when you look at writing: a part that deals with appearances, and a separate part that deals with meaning. The implied meaning may stay the same, but, as we’ll see below, in dreams, appearances are never static.

THE LAW OF NARRATIVE MOMENTUM
If you linger for too long in any one place, the dream world begins to fray and you will wake. Dreams are in a constant state of flux; the best strategy for riding them seems to be to keep moving. I have also had the bizarre experience of moving somewhere so quickly that I arrived in an entirely blank space, as though the world had not yet loaded up. It felt like standing at the edge of creation.

THE LAW OF DELAYED CAUSE AND EFFECT
Astute observers will notice a delay in dreams. Simultaneous events are impossible for the very good reason that they’re not happening in the physical world; they are happening in a model of the world where our brain creates the continuity.

THE LAW OF SELF-FULFILLING EXPECTATIONS
In dreams, what you expect to happen often will happen, and first impressions often become the dream “reality.” This is because our minds are not neutral, and our learned and hardwired assumptions about the world run free in our dreams like escaped felons. This, says LaBerge, is true even of the basic operational laws of the dream world, which is why dreams are usually equipped with gravity, space, time, and air. Of course, this doesn’t explain why light switches don’t work even though we expect that they will. Perhaps an older logic cannot be overruled.

THE LAW OF EXTREMA
Whatever you notice in dreams seems to become more exaggerated. Steep stairs get steeper, a trickle becomes a stream becomes a flood. The writer Bucky McMahon experienced this law when he tried to pass through a dream wall:

“The wall is an oddly mottled collard-coloured green and sickly organic in appearance. My arm, as I extend it toward the wall, doesn’t look so good either—all chitinous and glimmering, reddened and singed. Numerous grub-like fingers sprout from my fist, more the longer and more closely I look.”

LeBerge believes this phenomenon reveals one of the functions of consciousness: “When we attend to some element in the memory array, that element then becomes more activated.” In lucid dreaming there are no external constraints on vividness, so the features keep getting enhanced in a kind of feedback loop. So you’re interacting with a tree in the dream, and your brain keeps buzzing “tree” in the memory array, and the longer you look the more your internal ideas and associations about trees start to pile up, and the tree gets huge and grotesque and unstable. You then, obviously, try to have sex with the tree.

These represent just a few laws – no doubt there are others to discover. Find out for yourself. Lucid dreaming is not that difficult to learn, although for most it is difficult to sustain. One day this landscape may be filled with scientists, inspecting the walls with their dream magnifying glasses and comparing cross-reality protocols. Until then, the whole endeavour is thrillingly DIY.