“You have to have confidence in your own ability to be able to go it alone, to go against what the rest of the culture is doing.”
– Eunice Baumann-Nelson, Penobscot Nation

A few weeks ago, I staffed my first Inward Bound teen meditation retreat. It was a moving experience. If many of the teens started out self-conscious and armoured, by the end the majority seemed to arrive at a place of comparative vulnerability and honesty. You could see each person begin to own the weird particulars of who they were, and for many that meant honouring the weird particulars of who everyone else was too. Watching these young men and women – and the ones deciding whether they wanted to be men, women, or some more fluid and beautiful permutation in between – I thought about the changing nature of the mind. 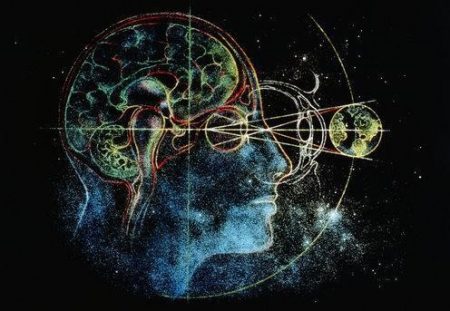 A Mystical View of Consciousness

In sharp contrast to evolutionary biologists – and to common sense – most mystics believe consciousness doesn’t actually evolve. Where could it go?  It didn’t come from anywhere. It was never not present and fully complete to begin with. What’s more, consciousness is empty. It’s not made out of anything. I hope it’s clear these mystics are making a distinction between the raw capacity for awareness – something they believe all of reality shares – and human mental patterns, which very obviously do evolve.

In Buddhism, the thinking mind is just one of the “senses” operating within consciousness, one of the colours that gets splashed on the blank canvas, along with seeing and hearing and twerking (actually, the senses are all made from the canvas itself, but no need to follow this metaphor all the way down, I’m just reporting here!). This thinking sense definitely gets more complex over time, via the changing inputs and outputs of the environment, which these days means technology and culture.

In popular spirituality, when people talk about the “evolution of consciousness” they are talking about a sort of longed-for species-wide shift in orientation from the surface mind (the “small” self), to this ground of consciousness (big Self / noself). This is apparently what happens in a decisive way to some mystics; the hope is it will happen soon for the rest of us. Of course no one actually has any idea what this would look like, because all that most people have to go on are their various projections and ideals about “oneness,” most of which come from that same concept-laden, prediction-making mind.

What I do see, however, is the human mind and heart moving into ever-finer registers of sensitivity. I see an evolution of common-sensing, and, by and large, the people who move this forward are the youths.

Fine-Tuning Our Appreciation for Human Diversity 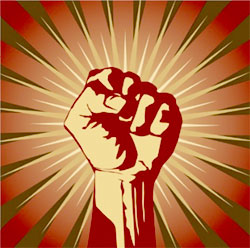 Exhibit A: a recent article in The New Yorker about the new activism on America’s liberal arts campuses. The kids are madder than hell and not gonna’ take it anymore! The helpless well-intentioned liberal-arts-professing adults have no idea what they’re talking about! The campus buzzword is “intersectionality;” a wonderfully perceptive and multidimensional idea, although perhaps not an easy sell to administrators grown weary of identity politics.

Intersectionality is the study of how our various categories of identity – race, gender, class, sexual orientation, ability, age, etc – all overlap and create different complex systems of entitlement and discrimination. To use an example from the article, “Encountering sexism as a white, Ivy-educated, middle-class woman in a law office, for example, calls for different solutions than encountering sexism as a black woman working a minimum-wage job.”

That we can even begin to see and recognize the truth of this shows that something is changing. Think of it from the point of view of consciousness, waking up inside each little kiddo as they open their eyes and begin to survey the earthly scene. At first it’s all a “blooming buzzing confusion,” luxuriously category-less and comparatively free (although without the consciousness of that freedom).

Then they learn The Rules. Not the rules of some single monolithic system, but rather a complex set of shifting norms and prohibitions and assumptions that is particular to each individual context, the intersection of any number of overlapping local and global systems and structures.

To wake up as a young person is to feel the chaff. They feel it as they move into their freedom, for they suffer where they cannot grow. It’s obvious why young people see and experience bias and discrimination at a level of nuance many in older generations cannot: they aren’t habituated yet. They don’t yet know “this is how it is.” They’re like: “Why should this be how it is? Fuck that!”

The Evolution of Morality

It’s at the tingling outside edge of all those family trees – each new shoot waving and searching and probing like a tiny finger – where the evolution of morality really happens. (I’m giving our elders short shrift here in the service of polemic, my apologies). This is where the subtle injustices are felt most clearly – or at least, subtle to folks with calloused brains. They are not subtle for the people experiencing them. It’s where they live.

If being “enlightened” means anything, it means doing two opposite things. The first is honouring that youthful sensitivity, paying attention to and trusting the vision of complexity and difference it articulates, and then using this as a basis for making real change in the world. This is a deeply political stance, and also a deeply spiritual one, for it depends on the deliberate cultivation of sensitivity and humility and understanding.

The second – finally, three cheers for the wisdom of age! – is to recognize and honour what’s shared by everyone, all humanoids, and hey – why not? – let’s include our creaturely amigos too.

The One and The Many 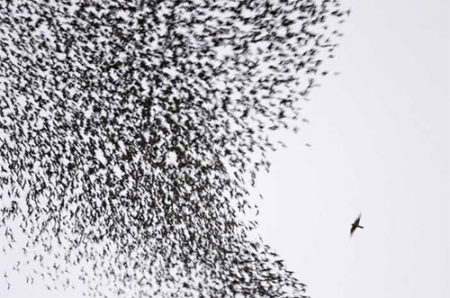 As our appreciation for what is distinct grows, does the size of what is shared diminish? I think so. One relatively optimistic view of “progress” is the seeing through and dismantling of old generalizations and categories, from science to social policy.

And yet … and here’s the cosmic oneness part, the middle-aged mystic making his plea: there is always something shared. Everyone has a need for meaning and truth and honest self-expression, for love, for intimacy with our fellow explorers. That’s there in every living being, although it will always be experienced and expressed in its own individual way.

To me, a mature spirituality – and by spirituality I mean the stance we take towards our own existence – honours both of these, the full One and Many paradox. We carve out new niches to be free inside, and in the carving and the niche-making we recognize that it’s really all one job, one thing happening: reality loving itself into intricate new permutations. And then, it goes without saying, we make a robot party.