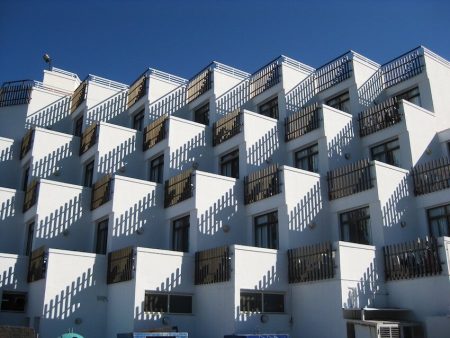 The most important element for sustaining a meditation practice isn’t what practice to do, or how to do it, it’s how to show up, day after day. It’s structure.

I’ve noticed two kinds of people in this respect. The first, let’s call them Type As, are good with structure. They’re self-starters, they’re organized, they like routines and are good at building them. A large number of meditators are in this camp. It’s not that these people are naturally “good” at meditation (although they may be that too), it’s that they’re good at structure.

And then … there are my people. The Type Bs. Our brains aren’t structured that way. We’re attentionally-challenged. Fun to be with at parties, but also easily hijacked by whatever new thing comes along. It’s not that we’re absent-minded, or not exactly. It’s more that we’re “present-minded somewhere else,” as the great William James once put it. For these people – for me – getting to meditation is a hellacious struggle, even though I mostly enjoy it once I’m there.

The cruel truth is many of us who most need meditation, are the least able to get to it. We’re trying to create structure with an unstructured brain. It’s a Catch 22, a brutal and paradoxical conundrum that many in the unstructured camp will have despaired of at one point or another.

If you can’t create structure using your own inside resources, a smart tactic is to borrow structure from the outside, and put your nervous system inside of it. That’s one of the big insights from the science of behavior change: it’s not about willpower; it’s about environmental design.

Here are four examples: four ways that an ADD meditation teacher – that’s me – gets himself to meditate:

First, I trick myself. I make commitments – like the New Year’s Challenge. Or I make a promise to sit with a friend. Or I join a weekly or online group, creating some kind of accountability where the guilt of letting people down or breaking your commitment is greater than whatever neurotic forces are keeping you off the cushion.

Second, I do quick-hit meditations like the ‘singles’ on the 10% Happier app. Because they’re short and on-the-fly and they give me a mini-structure I don’t have to think about. I say this not only as a teacher on the app, but as someone who personally benefits from using it.

Third, of course sometimes I do manage to sit on my own, miracle of miracles, usually at the start or end of the day, so I don’t have to think about it. Yoking meditation to another habit (like the habit of waking up, or the habit of going to sleep) is one way to work smart.

Finally, I weave the core “skills” of meditation – concentration, clarity, equanimity, care – into other activities. So: walking around, exercising, hanging out with people, whatever. This may be the most important trick. The main reason we sit and don’t move in meditation is to create the ultimate simple medium to cultivate these skills. But the skills can be cultivated anytime. In fact, that’s exactly what happens once you’ve done the practice for a while. You get a taste of the skills in sitting, and can now more easily find them in other parts of your life.

So, to give one example, let’s say you’re walking to work. On your walk, you can deliberately choose to pay attention to something besides your worries: maybe the sounds around you, or your feet on the ground. As you cruise down the street, get granular about what you notice. See if you can maintain an open attitude to the sights and sounds, and smooth out any tension or bracing in your body as you move. If you do that, you’re building concentration, clarity, and equanimity in motion, without having to be on any kind of formal meditation schedule .

So those are four ways I get my unstructured self to meditate: make commitments, use an app, yoke the practice to some other habit, and meditate on the fly.

Not only do all of these external structures help, but by helping, they allow us to build the resources to have more structured brains in the first place.  You get better at keeping habits, by keeping habits.