“Anxiety is the dizziness of freedom”
– Søren Kierkegaard 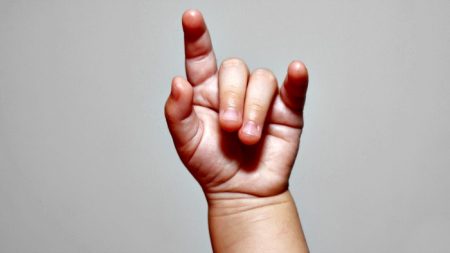 December is rock ‘n’ roll month at the CEC, or at least that’s been our theme these past few years. We chose rock ‘n’ roll in the first place because we felt it had something to do with freedom, with doing whatever the hell you want in your own way, in your own time.

Well. I’m a parent now. So that’s all over with.

My new rock ‘n’ roll is bouncing little Eden up and down on the giant inflatable exercise ball that now dominates our bedroom, hoping to God he won’t electrify our nervous systems with another blood-curdling scream. It’s more intense than any concert I’ve been to – like Ozzy Osbourne in his prime, except he shits on you too. Maybe that was Ozzy Osbourne in his prime.

Parenthood’s loss of freedom is sobering, to say the least. I remember visiting a friend a year after she had her kid. “I love my little girl,” she said, looking a bit guilty. “And once a week, I smoke a cigarette in my backyard and cry.” She cried for an earlier version of herself, the version who could read a book when she wanted, who could spend an hour thinking about what costume to make for a party, who could get drunk and wake up with a hangover and do what she wanted with her body.

Nursing moms have it hard. I can go out and work for a few hours. Not Sarah. The boob is life. For the most part, there’s no escape for her: day after day in the same spot on the couch, her eyes getting that wild look.

Except, except … most of the time, there is no wild look – or rather, the wildness is a kind of abandon. She’s looking down at Eden and she’s not even there. She is dissolved in love (and exhaustion). And it’s the same for me.

I think then: this freedom is better. Freedom from freedom. Freedom from myself, freedom from the dizziness of a million choices. Parenting is very clarifying. I know my job: keep Eden and Sarah alive. There’s only one thing to do and it is not about me.

Or anyway, that’s the insight I’m working with now. I know the story goes on. I’ve watched my friends and my friends’ kids grow over the years. You can see the back-and-forth. The struggle to balance doing the things you need for yourself – which are absolutely legit – and the things you need to do for others. And it’s like this for all of us, whether we have kids or not. Balancing these two responsibilities of self-care and world-care.

When I think about my own care as something I need to grab back from the world, then it makes me feel unhappy and selfish. When I think of it as something I can discuss, reasonably, with others who also need support – my family, my community, my world community – then it feels … if not easier, at least less lonely.

What if it’s really just one big nervous system, and it’s more about how we move the resources around?

With the luxury of a small sample size, we can aim for this in our family. When I’m down, Sarah steps up, and vice-versa. When we’re both down, the calls go out to our wider community. And, lest I forget, little Eden does his part too. One smile fills me with renewed commitment. I’m like ‘Omigod, he recognizes me!’ Maybe it was gas. I’ll take it!

Is there a practice here? All the things you’d expect: the equanimity with changing plans, the need to find centre when things are hard. One surprise for me has been the feeling of lineage, by which I mean a new feeling of connection to my parents and my grandparents. A sense – finally – of their sacrifices. It’s their practice I can see now. It was there all along.

This December, we explore freedom. Freedom from ourselves, freedom to be ourselves … the many ways that our many practices lead us where we need to be.